Earth Day Reflection: Harnessing the Power of the Sun 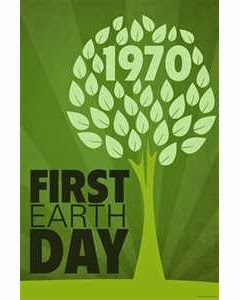 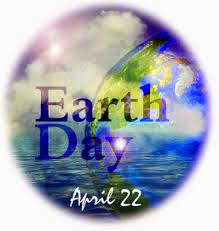 What comes to mind when you think of the 1970s? Maybe bell-bottoms, Rock and Roll, Watergate, Vietnam, or Civil Rights? How about the birth of the environmental movement? The first Earth Day was held 45 years ago, on April 22, 1970. It occurred eight years after Rachel Carson’s best-selling Silent Spring raised alarm around the widespread use of pesticides, one year after a massive oil spill covered the shores of California, and nine years before the energy crisis of ’79, which ushered in a recession due to decreased oil output following the Iranian Revolution.

At that time, the environmental movement combined the energy of the anti-war sentiment with the emerging concern around environmental issues, and it was very effective. The first Earth Day garnered support from both sides of the political aisle and led to the passage of the Clean Air, Clean Water, and Endangered Species Acts. In terms of solar energy, the energy crisis of ’79 led to more resources being dedicated to alternative energy and the development of new technologies, bringing the cost of solar cells from $100/watt to $20/watt.

Nearly 50 years later and we have come a long way ($.72/watt!). As the cost of solar panels drops, battery systems improve, and off-grid systems like a SUNRNR solar generator to allow  for flexibility, the concept of alternative energy and solar power has become normal and familiar.

To celebrate this Earth Day, let’s take a step back and think about what it means to actually harvest the awe-inspiringly powerful energy of the sun and how unusual and incredible that is!

The sun lies at the heart of our solar system and makes up 99.8 percent of the solar system’s mass. It is huge – you could fit a million Earths inside the sun! And it is blistering – more than 27 million degrees F at its core. When you step outside and feel the warmth of the sun on your face, it has actually taken that light and heat eight minutes to get to your face because the sun is so far away – 93 million miles away. It is mind-blowing: you are feeling warmth on your face from a giant sphere of hot gas (mostly hydrogen and helium) that is 93 million miles away!

So this Earth Day, whether you’re using your solar generator to power your weekend cabin, riding your bike on a solar sidewalk, or riding in a solar airplane, take a second to remember how incredible solar technology is and how far we have come from the days of Ptolemy when the sun rotated around the earth. And if you have a few minutes, I highly recommend checking out this video from NASA’s Solar Dynamics Observatory. Have you ever seen anything more beautiful than the sun?