What Would a Random Power Outage Cost You? You Might Be Surprised

What would a random power outage cost you?  Think about all of the important things in your house that require energy to run. Whether it is your hairdryer, television, microwave, or air conditioner, we know you’re dependent on energy for day-to-day tasks and you can’t afford to do without it. 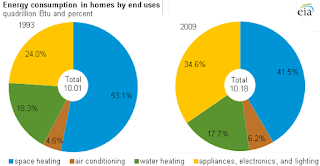 As our reliance on household energy gradually increases, so does the risk of losing power at any given moment. And, on top of that, the U.S. suffers more blackouts than any other developed nation. According to Eaton’s Blackout Tracker Report that was just released, 14.2 million people were affected by power outages throughout 2014. The report includes 3,634 outages that occurred across the country, a 12% increase from that of last year. These are just the reported outages.

The report highlights top significant outages that were unusual and had the most lasting effect.

2015 is no different. So far, the longest reported blackout was on April 18th in Richmond, Virginia, when squirrels caused a three-day power outage after snacking on some power lines.
The day before that, April 17th in Houston, Texas, 78,000 residents were out of power after a thunderstorm knocked down trees that resulted in major outages. On April 6th, 79,000 lost energy for four hours when an insulator failed in a substation.

These are not rare. Eaton’s blackout tracker shows reported blackouts as they happen. In the past weekend alone, here’s what happened:
Do these places sound familiar to you? Are they near your house? Or maybe you’re one of the 38,340 people who were affected this past weekend by a variety of different causes.
Whether it’s the weather or a freak accident, when a black out hits, it will leave you and your loved ones in the dark. Who knows what you’ll lose. It’s important to be prepared and have a plan for when it does.